The nationwide meeting of families of Polish prisoners-of-war from WWII will start in three days - on 18 November at 5 p.m. - on the MS Teams online platform. You can still send you application at e-mail: .

On the Friday evening, from 5 to 7.30 p.m., it will be possible to listen to interesting speeches, see presentations and participate in talks about the knowledge and memory on Polish soldiers in the German and Soviet captivity. Speakers on this topic will include our Museum workers as well as researches from the Katyn Museum in Warsaw, Nicolaus Copernicus University in Toruń, University of Łódź, and prisoners-of-war's descendants. The meeting will also provide the opportunity to present of prisoners-of-war object, documents and photographs including in the "...but that's a different story now" film series. 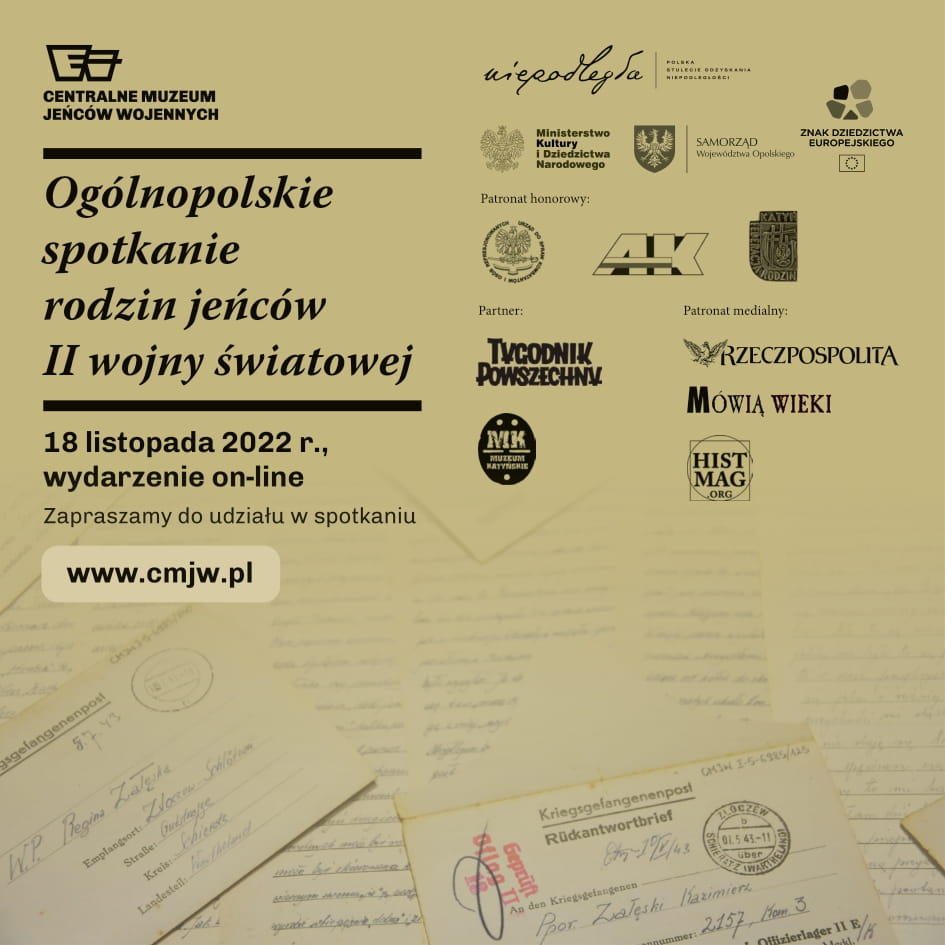